Fred Finestone is a member of the Toppat Clan and a minor character appearing in Completing the Mission, who appears only in "Free Man".

He is seen when Henry Stickmin is equipped with the Pew Pew Gun and gets annihilated after he appears through the door ready to fire at him.

He always runs around barefoot and shouts a super loud catchphrase. People tend to avoid him. 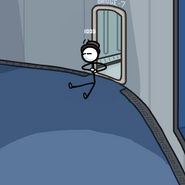 Fred after being shot by the Pew Pew Gun 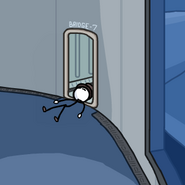 Fred lying on the ground 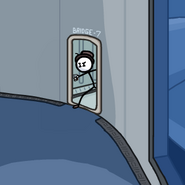 Fred entering the corridor from bridge-7
Community content is available under CC-BY-SA unless otherwise noted.
Advertisement