Within the Henry Stickmin series there are a great number of references to existing art and media, as well as echoes of PuffballsUnited's artistic influences. This article represents a provisional list of these.

- The fail message (Henry 7) and the scene during the destroyed bridge QTE in the Pardoned Pals and Toppat Recruits endings from Completing the Mission is likely referenced from Furious 7 movie.

The Good, The Bad, and The Ugly

King of the Hill

Who Wants to be a Millionaire?

The Binding of Isaac

A Hat in Time

The Legend of Zelda series

I Can Break These Cuffs

An internet meme popular on YouTube has a prominent role in the Henry Stickmin series. It has numerous appearances:

Appears as the sun when clicked on during the credits of the Sneaky Escapist route.

Appears as the satellite used by the Center for Chaos Containment in the Just Plain Epic route.

Appears as the sun when clicked on during the credits of the Relentless Bounty Hunter route.

Appears three times in the game:

Appears as the moon when clicked on during the Shadozer fail.

Appears three times in the game:

Appears for a split second during the Teleporter malfunctioning sequence.

Appears as the sun when clicked on during the credits.

Appears during the Summon fail.

The Legend of Zelda Item Get reference

Phil Colins reference
Add a photo to this gallery

Dad from Dad 'n Me reference

Worms "What the-" reference 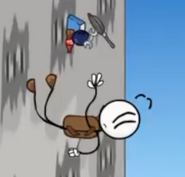 Coke in the backpack

The Good, The Bad, The Ugly reference

Bender and Flexo reference 2
Add a photo to this gallery 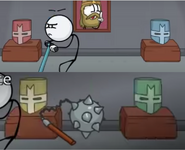 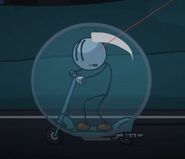 Bubble Shield from Sonic the Hedgehog

Y U NO Meme 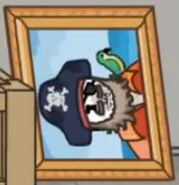 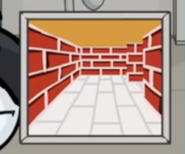 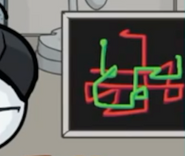 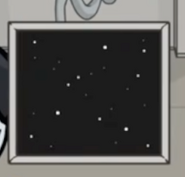 The worm has Dio's victory screech from the JoJo video game

When Bill Bullet says to deal with the "pressing situation", CSI: Misami's YEAH! can be heard but only in the legacy version.

A possible Banjo and Koozie's Jiggy count reference
Add a photo to this gallery
Retrieved from "https://henrystickmin.fandom.com/wiki/List_of_References?oldid=191618"
Community content is available under CC-BY-SA unless otherwise noted.