Stealing the Diamond is the third game in the Henry Stickmin series.

It takes place after Escaping the Prison and before Infiltrating The Airship, and is considered Episode 2 of the Henry Stickmin Collection.

Some time after the events of Escaping the Prison, Henry is now at home. He tunes to a news broadcast on TV, which shows Mayor Gene Fredrickson announcing the grand opening of the new Tunisian Archaeological Exhibit inside the National Museum of History and Culture. Within the new exhibit sits the priceless Tunisian Diamond, valued at a whopping $112 million dollars.

Henry is ten days late on rent payments for his house. Seeing the diamond's price tag, he decides to take off for the museum in order to steal the giant gemstone. On the outskirts of the museum, Henry can choose how to breach into the facility:

Mayor Fredrickson: As the mayor...

(The camera pans out from the television, revealing a scrolling bar at the bottom saying "Tunisian Diamond worth up to 112 million dollars." The camera then switches to Henry, who's eyes merge together to form a dollar sign ($).)

(Henry picks up his keys, presumably for his scooter, and the camera fades out to black. It fades back in outside the museum, where the first two options appear.)

Stealing the Diamond - All Choices 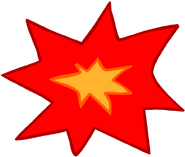 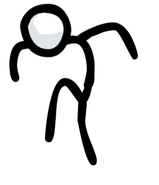