I was in Al Kohaul's file hunt

My favorite Henry Stickmin characters are Sledge MacRush and Beans.

Jacked Hughman did nothing wrong.

I do not like Charles Calvin because of the helicopter crash memes.

I think June July is born on August 7th because it was confirmed to be in August and because August 7th is Purple Heart Day, as well as the Collections anniversary.

One of my favorite characters

This guy has been my discord icon

The last bio I had to get in all of THSC

Best dancing in the entire game 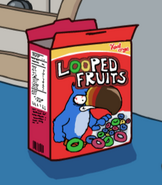 This is a great facial expression

Community content is available under CC-BY-SA unless otherwise noted.